All the Upcoming Club Events
Home     /

Tickets available from The Grand

We are delighted and privileged to announce that Ribble Valley Jazz Blues’ next gig is a band formed by the world class jazz trombonist – Dennis Rollins. The band is called FUNKY-FUNK! They will be playing at our Christmas Party on Friday 17th December at The Grand in Clitheroe.

We at RVJ&B are all looking forward to it hugely and we hope as many of you as possible will come down to The Grand and share some early Christmas cheer with us.

Playing Ronnie Scott’s the weekend before – where you would have needed to dig deep to see this great band – tickets were £45-£60! At The Grand in Clitheroe you will be able to enjoy Dennis and his 6 piece Funk band for £15 - £13 for members!!!

An absolute treat and a real bargain for our community - so please don’t miss this opportunity to be part of a great audience for a truly great artist and band - so let's have a big party!

The Party Night begins at:

Fresh from the school of Funk that fed the likes of James Brown, Dennis Rollins joins an elite lineage of trombone players responsible for changing the very understanding of how the instrument can be played. Dennis has lent his amazing ‘bone skills to an array of great British jazz, funk and groove bands from The Brand New Heavies and Jamiroquai through to Courtney Pine. He has also played with other ‘greats’ such as Maceo Parker and Pee Wee Ellis –  both of whom provided great sax sounds for James Brown.

Here, he presents FUNKY-FUNK! an electrifying 6-piece outfit exploring funky grooves, fat bass-lines and sumptuous melodies. As Dennis said in a recent interview – “FUNKY-FUNK! Is an outfit I’ve dreamed of putting together… a seriously funky band with an infectious sound that makes you want to move!”

A passionate performer and educator, British trombone player Dennis Rollins MBE has established a reputation as an artist of excellence and has lent his unique and stylish talents to some of this country's, and indeed the world's, top jazz and pop personalities

In 2006 his jazz/funk outfit Badbone & Co won the prestigious BBC Jazz Award for Best Band and the following year he picked up Trombonist of the Year at both the British Jazz Awards and the Ronnie Scott's Jazz Awards.  Dennis was nominated twice in the 2008 Parliamentary Jazz Awards - for Jazz Musician of the Year and the Jazz Education Award; he won the latter. His other awards include, British Trombone Society Player of the year 2013 and JazzYorkshire Award 2012 for his band Velocity Trio.

Being a sought-after jazz educationalist Dennis has recently delivered a wide range of music workshops working in collaboration with music departments of universities, colleges and schools both throughout the UK and internationally. He's currently recorded 5 critically acclaimed albums. Three with his award-winning band Badbone & Co. and two with his progressive jazz organ-trio, Velocity Trio.

Tickets available from The Grand 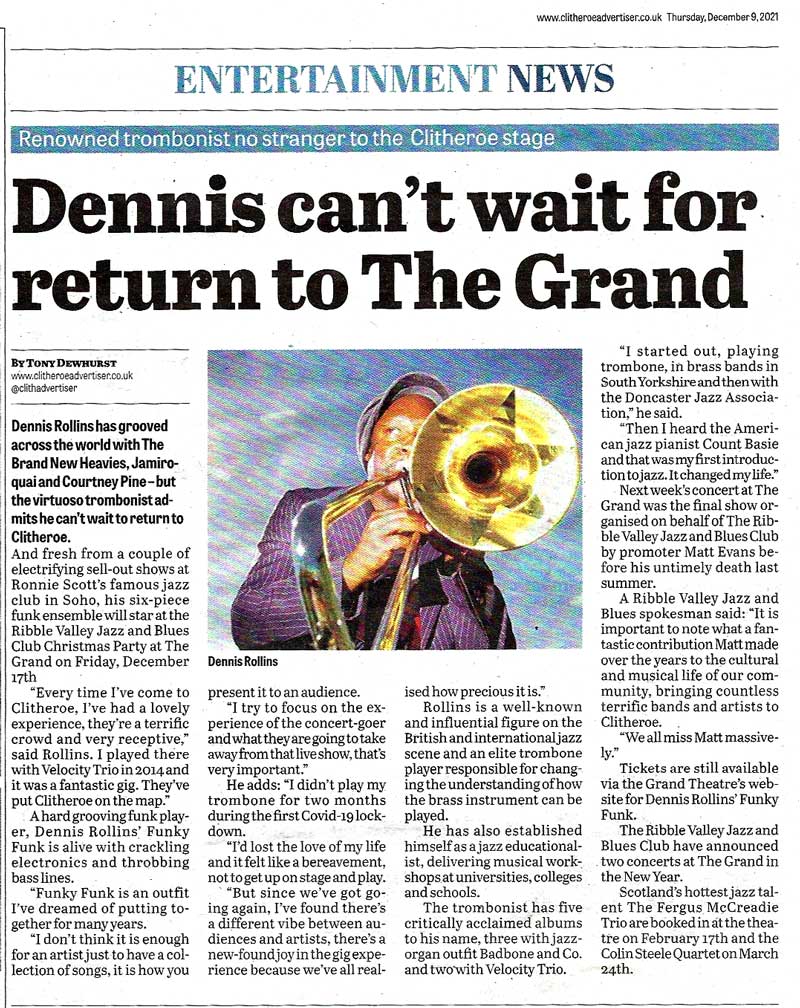 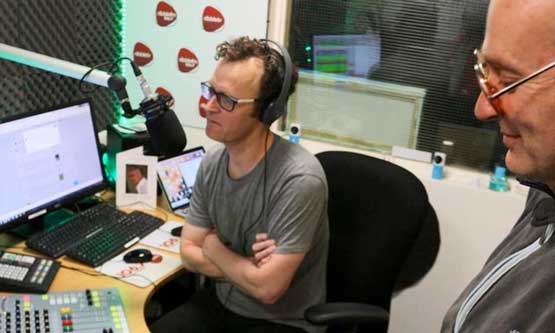 In Memory of Matt

This was the last gig that the late, great Matt Evans organised for RVJ&B before his untimely passing. It is important to note what a fantastic contribution Matt made over the years to the cultural and musical life of our community bringing in countless terrific bands and artists. We at RVJ&B miss him massively. 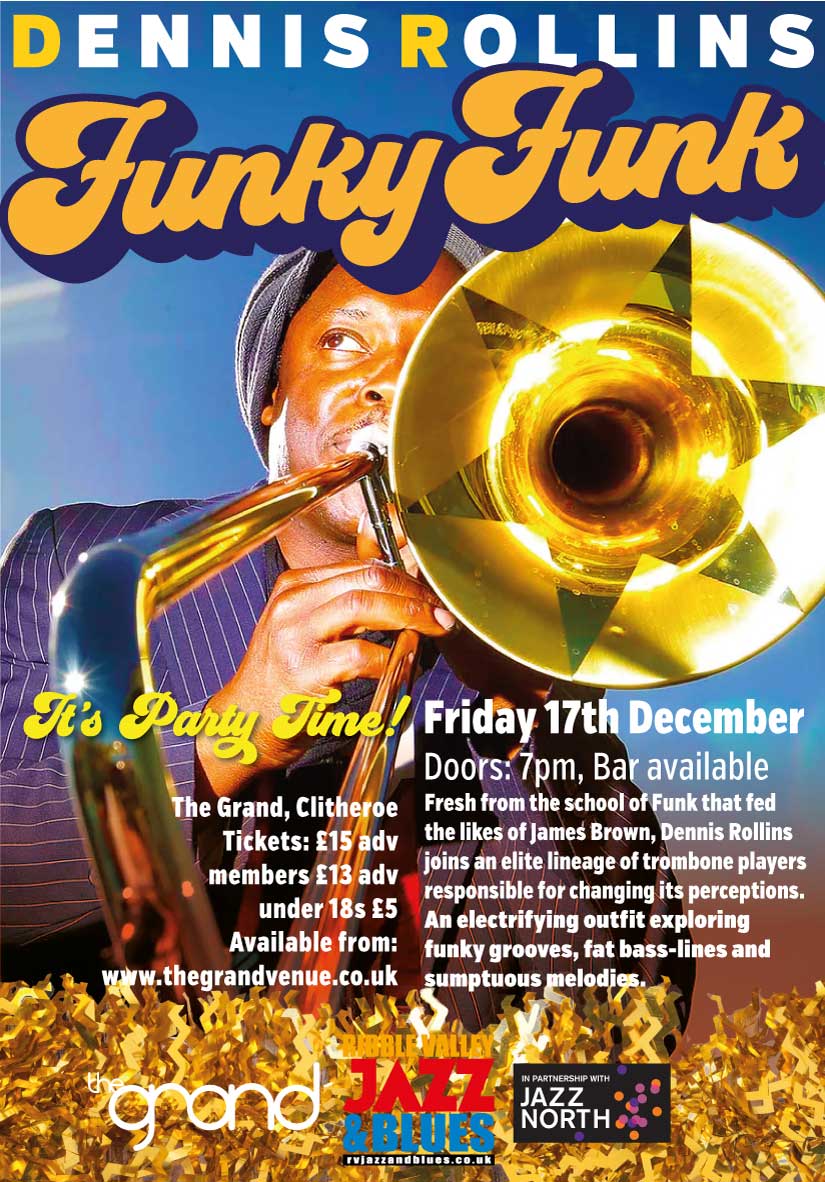