Large and small throughout the Ribble Valley
Home     /

We are excited to present one of Scotland's hottest jazz talents!

Buy tickets at The Grand Clitheroe 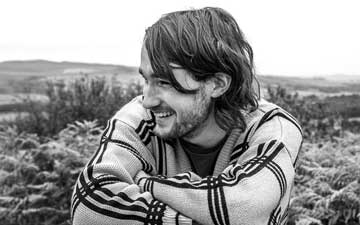 Fergus McCreadie is a complete and well-rounded musician, a passionate communicator and consummate performer. He is a composer of elegant, nuanced and captivating music as well as a pianist and improviser of exceptional ability and originality.

Cairn is the highly anticipated follow-up to Fergus’ debut and despite all the hype this new album is gaining, he delivers in spades. Cairn is an album inspired by the tradition and landscape of his native Scotland. It declares itself with an energetic freshness of sound and originality reminiscent of the dynamism and personality with which the likes of piano trios The Bad Plus and EST emerged almost two decades ago. Responding to the circumstances of a vastly changed era, Fergus and his trio, with their profoundly mesmerising and compelling music, look set to evoke similar trajectories in progressing to the global stage. They certainly have the necessary instrumental command, musical maturity, sophisticated communication and native originality to do so.

The music is dynamic and excites with a youthful but masterful flair. Over nine compositions, all penned by Fergus, the album moves effortlessly from impressionistic modal searchings to high octane, hard driving jigs and nuanced ballads underpinned by democratic improvisation.

Fergus McCreadie is riding high and it’s only a matter of time before he reaches new heights in developing global audiences. If ever there’s an album that can sing, excite and inspire, Cairn is it. A melting pot of originality, freshness of sound and vitality, with all the potential to be one of the standout releases of 2021.

Buy tickets at The Grand Clitheroe