Phil Lee, our new monthly writer, has been commissioned to produce "Jazz Pleasures" anecdotal observations about jazz and its history.

Plus a great Spotify playlist!

My first “go” at jazz observations with an accompanying playlist. Not tough to decide what to focus on. The devastation wreaked by Covid-19 on jazz musicians. This is a tribute to some of the more well-known ones. Their music acts as a wonderful memorial and one that will last forever.

Our thoughts go out to all that have lost loved family and friends in these most difficult of times. 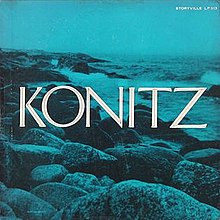 Lee Konitz – the last surviving member of the epic Miles Davis Birth of the Cool sessions. His light vibrato-less playing made his alto sound more like a soprano sax. Big reputation as a be-bop sax player and distinctive for not sounding at all like Charlie Parker!

Manu Dibango – the wonderful Franco-Cameroonian sax and vibraphone player whose 1972 tune Soul Massako - originally written as an anthem for the Cameroon World Cup football team – was to become such a world-wide hit. His work was sampled by dozens of other musicians, most notably Kanye West and Michael Jackson. Manu claimed that Jackson’s Thriller was a rip off of his music; Jackson settled out of court. If you are unfamiliar with this wonderful music, I urge you to get listening!

Helen Jones Woods – trombone player with the all female, history making International Sweethearts of Rhythm who toured as an interracial band in the 1940s and 50s throughout the Deep South and to US soldiers based in Europe.

Three other great jazz musicians worth tributes died in the last few months. It is unclear if their deaths were related to Covid-19:

MyCoy Tyner – one of the most influential jazz pianists ever and a member of John Coltrane’s iconic 1960s quartet. His most distinctive percussive style allowed his piano to take the lead on many recordings. Coltrane said that it was Mycoy that “gave me the wings to fly off the ground from time to time.”

Dr John – real name Mac Rebennack - originally a guitarist until a bullet wound in his hand from breaking up a club fight forced him to concentrate on the piano. His Dr John character was based on a fictional voodoo priest and his 60s/70s music celebrated New Orleans classic tunes like “Iko Iko” and gave them his own unique and amazing twist. A terrific pianist employing boogie, swing and jazz styles. He played occasionally in a great jazz trio called Bluesiana Triangle with no less than Art Blakey and David “Fathead” Newman.

Steve Grossman – was chosen at 18 by Miles Davis to join his late period band. An extraordinary player of both the tenor and soprano sax with a strong booming style; equally at home playing fusion, rock or jazz.

Dr John
I Walk on Gilded Splinters from Gris Gris